The best of the best in world tennis converge at the Qatar open come January 2 next year and Smith feels Andy Murray “…will absolutely work his socks off and try to get better again.” END_OF_DOCUMENT_TOKEN_TO_BE_REPLACED

This is perhaps his most remarkable win over Djokovic ever since winning the first of his three grand slam titles in New York four years back. By snatching this top rank from Djokovic, Murray has confirmed to all tennis fanatics that not only is he the best player in the world statistically, he is also deserving of the number one ranking in every way. The new champion is very likely to remain in the spot into the summer of the upcoming 2017 season. END_OF_DOCUMENT_TOKEN_TO_BE_REPLACED

Andy Murray was relieved to be able to finally secure a win versus Novak Djokovic to clinch Rogers Cup yesterday.

In the previous eight meetings between the two players, Djokovic had beaten Murray every time. To avenge all those loses, Murray could perhaps not have chosen too many better occasions than this. Not only did he break the jinx, but, also sent a statement to his rivals ahead of making his way to Flushing Meadows.

Djokovic had pretty much won everything this season and thus, coming into this final, there was hardly anyone who was not putting his money on him. Murray’s head to head record against him was also making him the clear favourite. But, the Serb was not quite in his groove from the start. END_OF_DOCUMENT_TOKEN_TO_BE_REPLACED

Andy Murray is certainly not as poor a tennis player as his record against Novak Djokovic suggests. The Scot just does not seem to be ever going to get over the line versus his Serb opponent.

In the recent clash between the two which had taken place at Indian Wells, Murray had led up with quite a bit of consistency and form and his fans were hoping that he would finally be able to break the jinx, but, that was not the case to be. 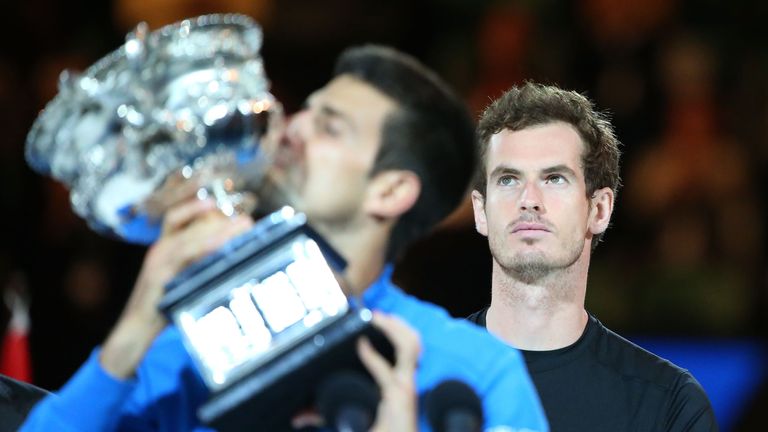 It was the same sort of outcome again with Djokovic winning hands down, 6th time on the trot. Murray had a disconsolate look on his face as he confronted the media once the match was over. He said his slowness at the start gave Djokovic the edge and the match headed in only one direction from there onwards.

In the words of Murray, “I was feeling pretty good leading to this contest to be honest, but, I think I was a bit slow in the first few minutes and that might have made the difference.” END_OF_DOCUMENT_TOKEN_TO_BE_REPLACED