What are you supposed to do if you have to play an Olympic final in a couple of hours? Well one of the things that you are definitely not supposed do is to have a heavy meal. But, if you are Andre Agassi, you can have that and you can still go on to grab the gold.

The weather had been poor all through the last week of the 1996 Olympic competition and the day the final had to be held, it got from bad to worse. There were dark clouds all over and anyone could tell that the match would be delayed by at least 5 to 6 hours if not many and Agassi thought the same too and that’s why, he filled his stomach with a delicious chicken item. END_OF_DOCUMENT_TOKEN_TO_BE_REPLACED

Juan Martin Del Potro and Roger Federer are all geared up as the Wimbledon run-up starts in Stuttgart on Monday for the Open Grass event. The former week of clay was switched last year wherein the edition was achieved by Rafael Nadal.

However, Nadal is not in action due to a wrist injury, but he will be replaced by Federer. The Swiss player who is 34 years old skipped the French Open to recover himself fully from the back pain and now he has been well trained from Switzerland. He has arrived fit and all set to show his performances like before. END_OF_DOCUMENT_TOKEN_TO_BE_REPLACED

Roger Federer is all set to come back in action after recovering from his back injury. He is said to take part in the warm up event of Wimbledon at the grass courts in Stuttgart this week.

The Wimbledon champion who has been popular for making a nonstop run in Grand Slam tournaments during all his 65 appearances had withdrawn from the French Open in May due to back pain. But he feels a lot better now as he has recovered from the injury. He comes stronger to show his best performance in the upcoming tournament. END_OF_DOCUMENT_TOKEN_TO_BE_REPLACED 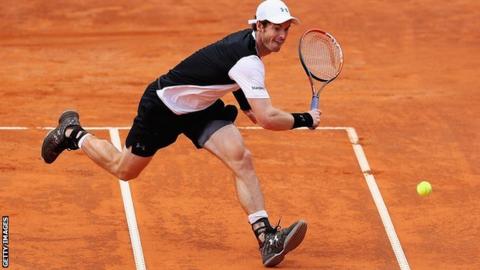 It is often said that, it is not how many wins you gather, but how long you sustained in the run for achievement. Murray has definitely shown sustenance in that matter. He has been persistent and reached the finals several times. That itself shows his dedication and perseverance. The latest game was challenging indeed, where he put up a difficult front of his opponent as well. END_OF_DOCUMENT_TOKEN_TO_BE_REPLACED